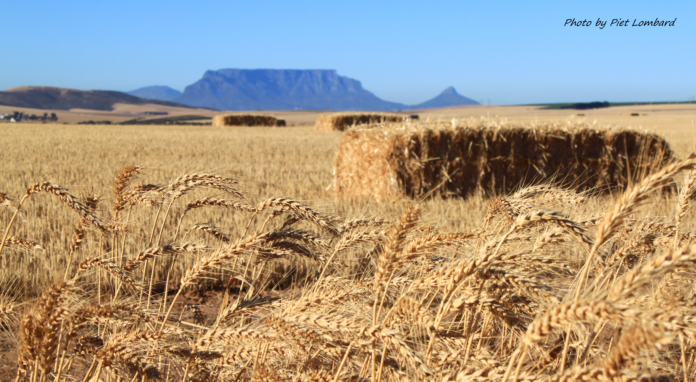 Years of dedication, perseverance and careful scientific consideration has paid off: A disease resistance gene from a South African wheat cultivar has been cloned and CenGen is proud to announce our involvement with it. In collaboration with Prof Simon Krattinger’s group from the King Abdullah University of Science and Technology in Saudi Arabia (KAUST) and Prof Willem Boshoff from the University of the Free State (UFS), the cloning of the Yr27 stripe rust resistance gene in the South African wheat cultivar Kariega was made possible by the sequencing of this cultivar – also a first for a South African wheat. It was truly a mammoth team effort with Drs Naveenkumar Athiyannan and Michael Abrouk leading from the front. These phenomenal achievements have now been published in the March edition of the scientific journal Nature Genetics, which has an impact factor of 38.33 (DOI: 10.1038/s41588-022-01022-1).

It all started in 1999, when Dr Renée Prins submitted her first proposal to local funders to investigate the adult plant resistance to stripe rust observed in Kariega. This devastating disease made its first appearance in South Africa only a few years prior in 1996. The initial funding was approved for a QTL mapping study, and three years after the commencement of the study a paper was published in 2004 by Renée’s PhD student at the time, Dr Viresh Ramburan, who found that the resistance was due to the presence of three different genes/QTL. The next step was to study each gene in more detail.

The first of these genes was cloned by Prof Krattinger in 2009 (in a different wheat accession). Renée approached him at a conference in 2013, requesting that he teach the CenGen staff to clone genes. At the time we had already made good progress on zooming in on the remaining two Kariega genes as part of the attempt to understand their position and mode of function in the genome. Simon’s willingness to collaborate with us proved to be invaluable and ultimately led to the sequencing of the Kariega genome. It also opened up more opportunities for CenGen to have access to international funding.

The cloning of a gene in a complex crop such as wheat is no small feat. The genome of Kariega consists of roughly 14 700 000 000 base pairs, and after determining the sequence in which these base pairs are arranged to make up the genome, we had to sift through them to get to the 23 200 base pairs that constitute Yr27 – a true needle in a haystack. Now that we have the exact position of the gene in this gigantic genome, as well as its unique sequence, we can study it in even more detail.

Furthermore, Kariega has for many years been the baking quality standard cultivar in South Africa and having its complete genome sequence will certainly contribute to understanding what made it such a superior cultivar at the time. In doing so, it would enable researchers and breeders to transfer these characteristics to new cultivars that are in the development pipeline.

The step by step progress that we have made over the years in dissecting the Kariega resistance would not have been possible without funding from our local industry: wheat producers and key role players who trusted CenGen as a small company to make a scientific impact on the advancement of South African wheat. We are grateful for this and would like to acknowledge their role in this accomplishment.

The sequencing of one of our own cultivars and the subsequent cloning of a wheat disease resistance gene is not only a triumph for South Africa, but also for the international wheat research community. We believe that the knowledge gained from this project will contribute directly to the improvement of our local wheat cultivars and the collective understanding of the underlying mechanisms of disease resistance.